The Trustees of the UCHT are:

Russell is a retired professional civil engineer and holds degrees from the University of Canterbury and the University of California, (Berkeley). During his working career, Russell and his family were resident in NZ, the USA and France at various times and he held a number of senior management roles.

Russell is a Chartered Member of the NZ Institute of Directors, and has held a number of governance positions including:

Russell and his wife Pamela have been Wanaka residents since 2002, and lost their daughter Rachael (42 yrs) to cancer in 2010. 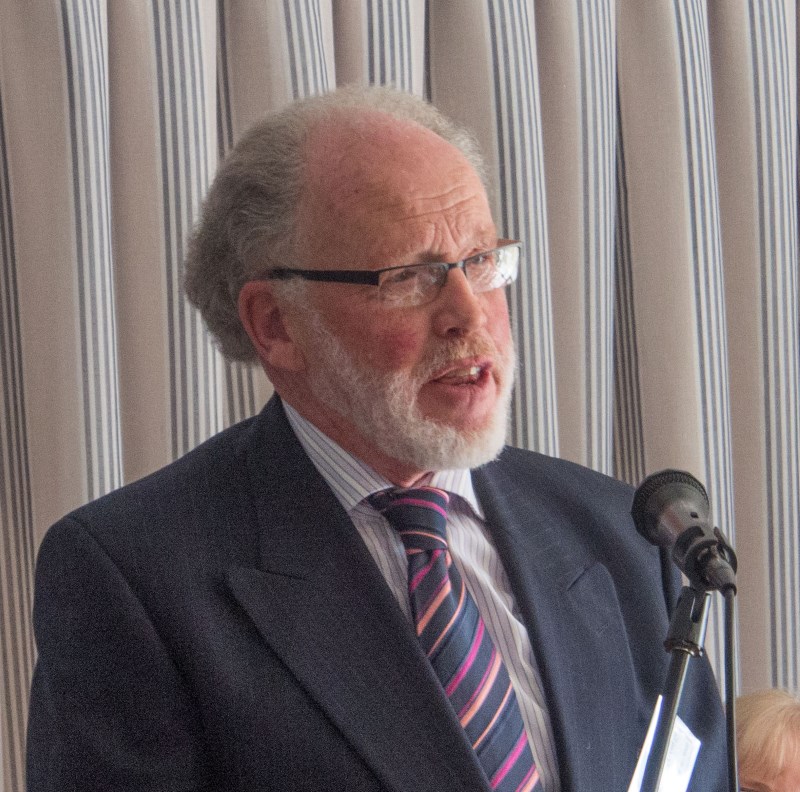 Neville spent his early working life with a Dunedin stock and station agency, with time spent in Dunedin, Balclutha and Cromwell offices.

Subsequently he joined Nichol Brothers as Dunedin Manager with responsibilities for production and sales throughout the South Island, and in selected rural locations in the North Island.

Neville became both a shareholder and director of the company.

His later career was involved with garden centres both as owner and manager, later being joined in the businesses with his two sons.

Neville  and his wife Gaynor retired to Wanaka but sadly Gaynor’s health deteriorated and her last few weeks were spent in the wonderful care of the Otago Community Hospice. 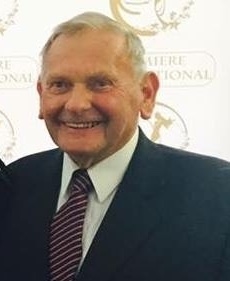 Bev and her husband d Ray were the founders of the Upper Clutha Hospice Trust.

Bev Rudkin was born and raised in Dunedin, spending most of her working life there apart from a brief period in Kurow.

After leaving school Bev worked as a law clerk before marrying and starting a family. With young children she took a position with the Department of Psychiatric Medicine working part-time with children under fifteen, a position she kept for 10 years.

Moving on from there she started a couple of retail shops but Real Estate attracted her and after a few years working in the industry she and Husband Ray started their own Real Estate company along with two other partners.

A major health issue put a stop to this career and the Rudkins retired to Wanaka.

A subsequent diagnosis of pancreatic cancer led to three months in Christchurch Hospital and Bev vowed that, if she recovered, she would devote herself to making life easier for patients who had to travel out of town for treatment.

This led to her starting the Upper Clutha Children’s Medical Trust to assist families who had children with serious medical needs. Her involvement with the Cancer Society and the Children’s Trust made her realise the need for a palliative and respite care facility in Wanaka and with a group of like-minded people she set out to establish a Hospice Shop as well as being involved in major fund-raising events to finance the facility.

In 2014 Bev was awarded a Paul Harris citation from Rotary international and in 2016 she also received a QLDC Mayoral Citation, both awards recognising her outstanding contribution to the Wanaka Community. 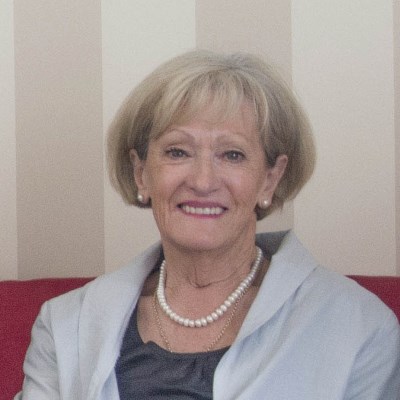 Ray had a diverse background but spent many years in Real Estate owning the Metro Real Estate company in Dunedin.  Ray was active in various volunteer associations in Dunedin, becoming very involved with Children’s Athletics. He managed Otago teams for both the Colgate Games and the Mount Cook Games.

Ray was one of our Trustees until he and Bev moved to Christchurch in 2020 to be nearer to family. Sadly, Ray died of cancer in late 2021. A Memorial for Ray was held in Wanaka in early 2022, with a large attendance reflecting Ray’s contributions to the Wanaka community. 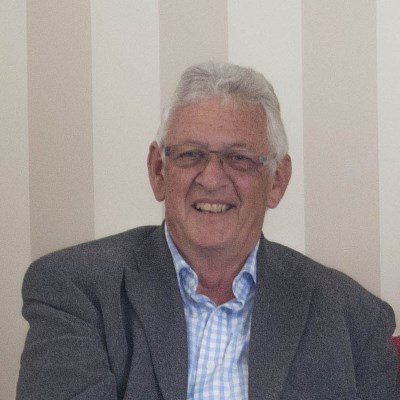 Ross Parry was born and raised in Dunedin attending Kings High School. On leaving school he started his working life in the banking world with the Commercial Bank of Australia. From there he joined the NZ Police Force where he remained for eight years.

On leaving the Police Ross had a young family and owned motels in Dunedin and Wanaka along with other business interests.

From this point Ross then become involved in the grocery business, starting out owning a Four Square Store in Queenstown before moving back to Dunedin to Own and Operate two New World Supermarkets. During this time with the New World Group Ross served for seven years on the New World Executive.

Ross has keen interests in all sport and has been personally involved in health and fitness his entire adult life, he is also a keen golf enthusiast. For the past four years Ross has served on the board of the Wanaka Golf Club and is presently the Chairman of the club.

Ross and Jan have two daughters who are also involved in the grocery industry. 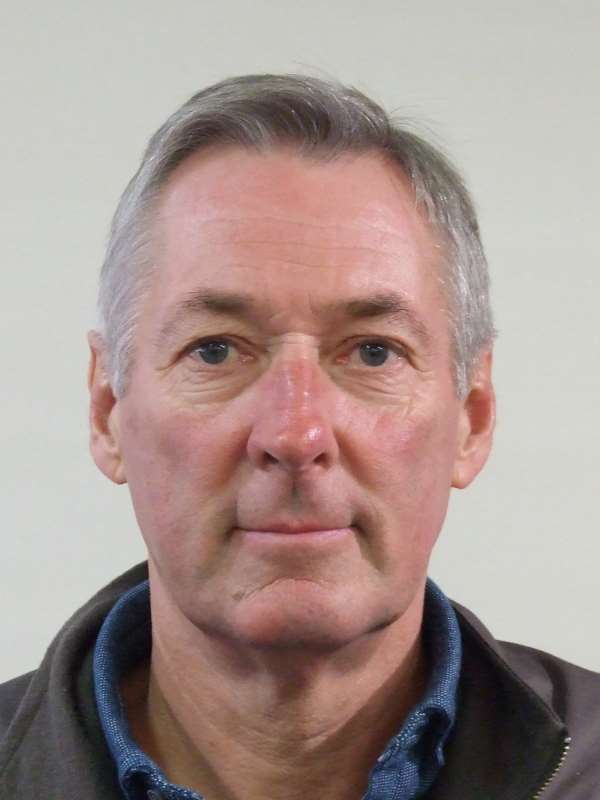 Anne McKenzie was born and raised in Mosgiel by parents whose families had come out from Scotland, and attended Taieri High School.

Her working life started at Arthur Barnett’s where she was involved in banking. When she married she became involved in the car industry with her husband, and remained in this business for some 34 years. During this time she also had her own business selling Wood ware on the Party Plan , and had 30 women throughout the South Island selling for her for about 15 years.

Anne has been very involved with Columba College in Dunedin, both during the 11 years her daughter was a pupil, and she continues to be very involved as a grandmother.
She has served on committees, coached netball and tennis, driven the sports van taking the girls to sporting grounds etc.,

Anne has always been a very keen sportswoman. She played tennis for many years and was very involved on committee work. She was chairwomen when Union and Lawn Tennis in Dunedin was amalgamated. Later, she became a keen golfer, achieving a 6 handicap and is still very competitive, playing around an 11 handicap.

In 2005 Anne decided that she wanted to give back to the community and began volunteer work for the Otago Community Hospice, joining their fund raising committee. On moving to Wanaka permanently, Anne transferred her volunteer work to the Upper Clutha Hospice Trust and is a passionate supporter of the Trust. Her work for the Trust includes working in the Shop and Warehouse volunteer teams, looking after the Trust’s on-line trading, assisting with fund raising and serving on the Trust’s management committee, initially as a committee member and more recently as a Trustee.

Anne has one daughter and two grandchildren, and loves walking with her 2 dogs every day. 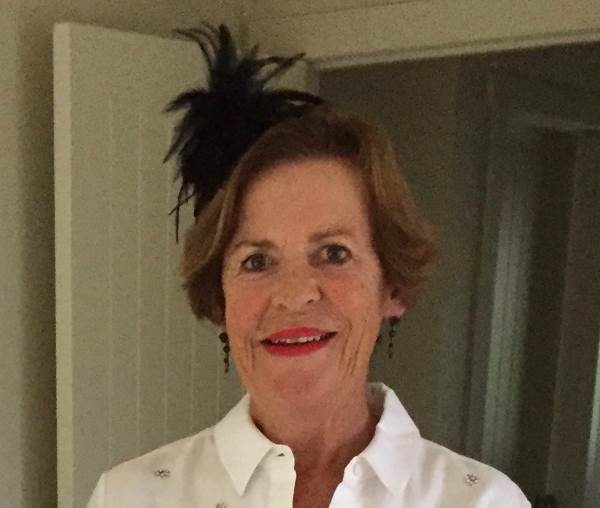